Walvis Bay is a deep-water bay on a shallow coast which was discovered by American whalers. However, it was first used by the English and then the South Africans as a commercial port. In 1994, after lengthy negotiations, South Africa gave Walvis Bay back to Namibia. Today, Walvis Bay is a pretty South African style town of 25,000 inhabitants. Walvis Bay is home to 40% of Southern Africa's pink flamingoes, as well as other sea-bird species such as pelicans, cormorants, etc. On the south side of the town there is a very pleasant esplanade which serves as an observation post for watching the pink flamingoes.

The Walvis Bay Lagoon is regarded as the most important wetland for coastal birds in Southern Africa. A bird count during 1998 found it to be a safe haven for between 70 000 -120 000 birds and a feeding station for about 200 000 birds on their natural migration route to and from the Arctic. Wading birds including the Lesser and Greater flamingos and rare White pelicans can be seen on the lagoon. 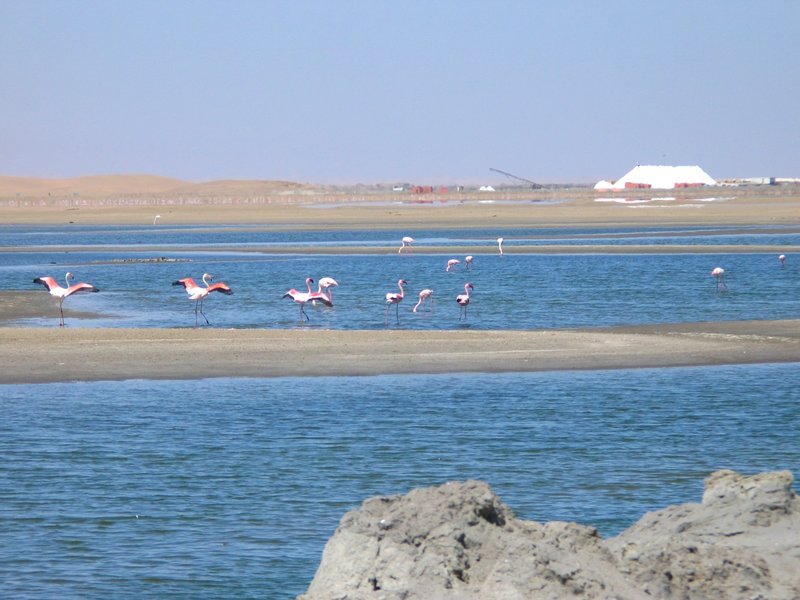